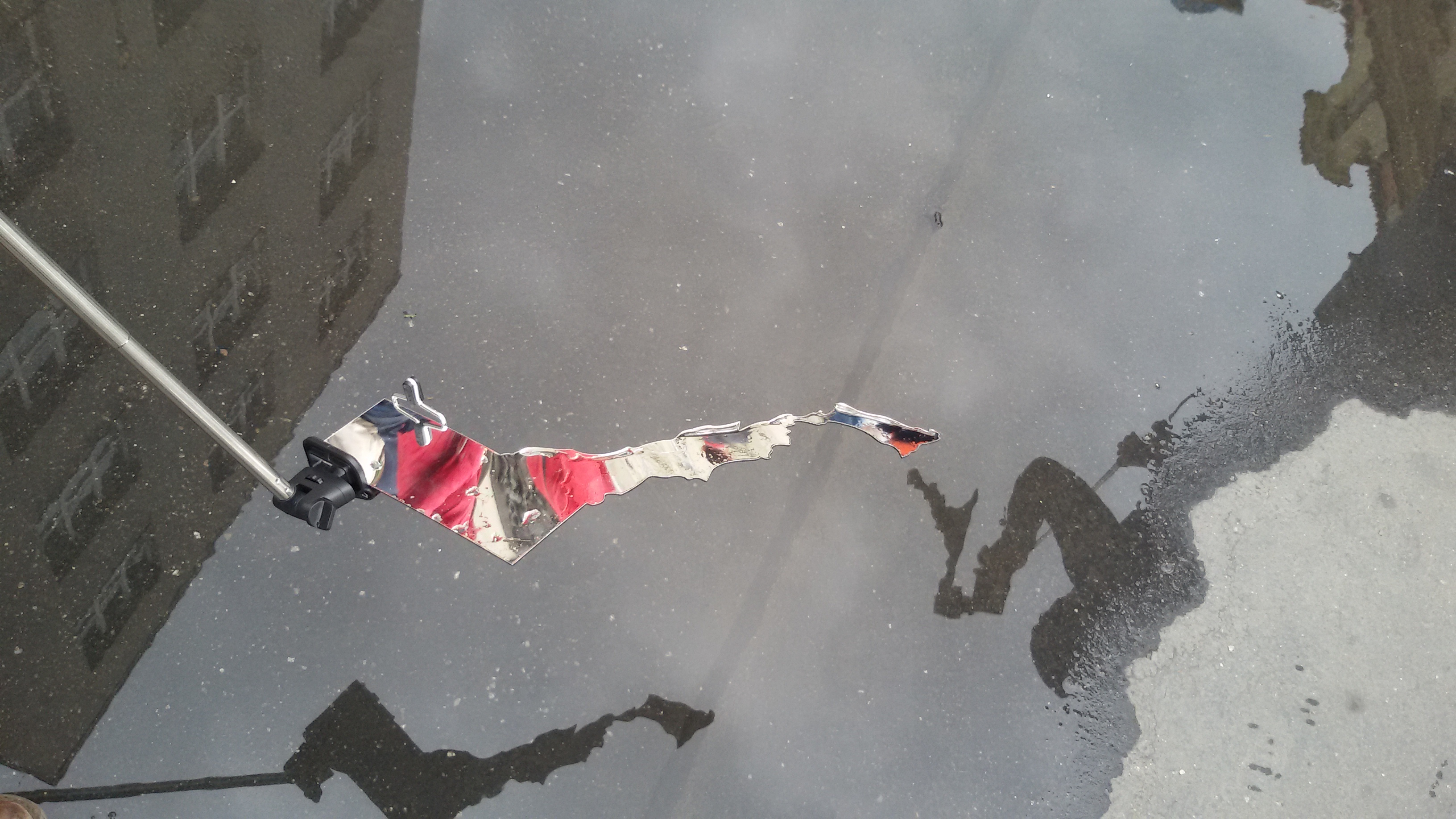 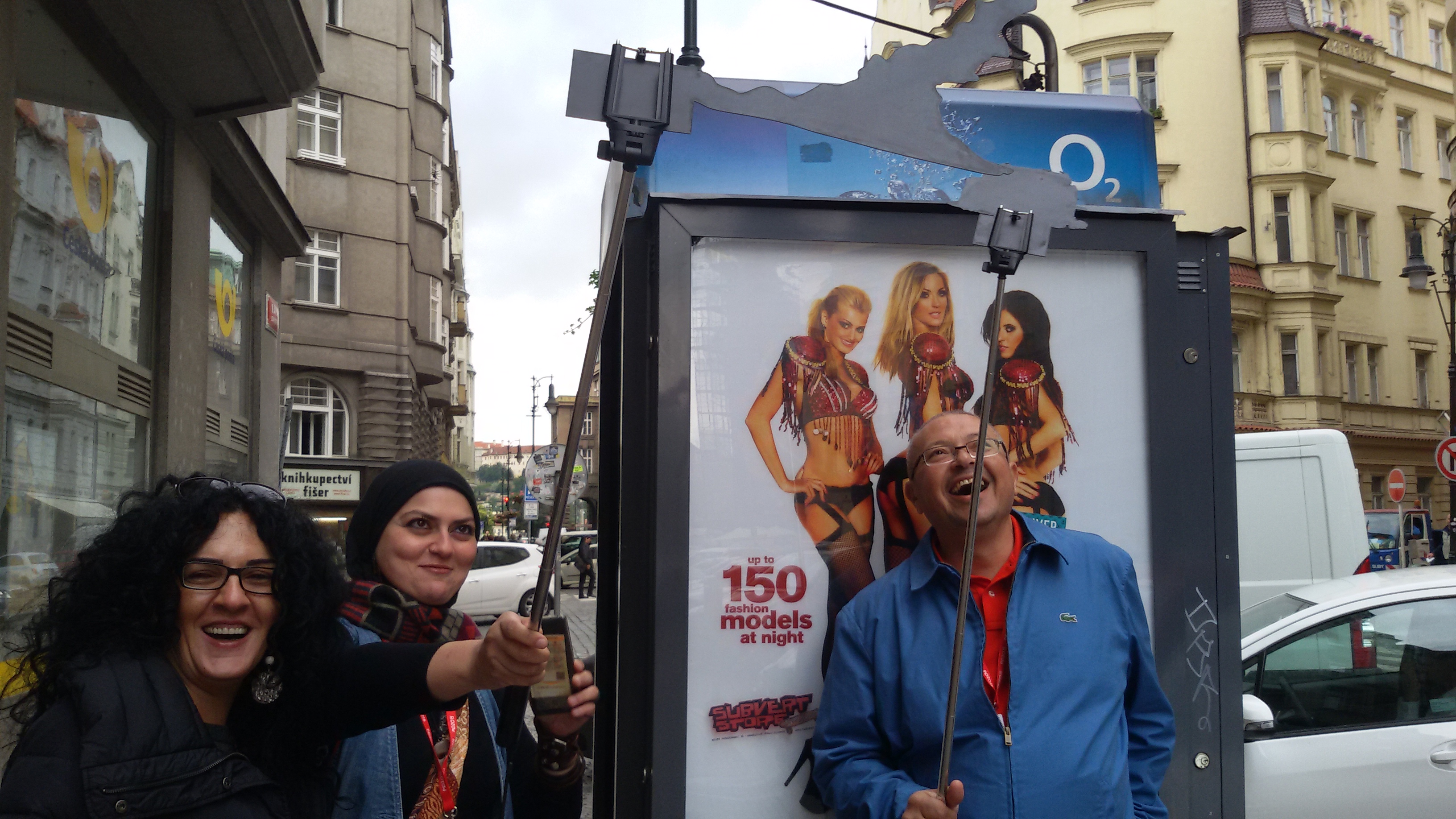 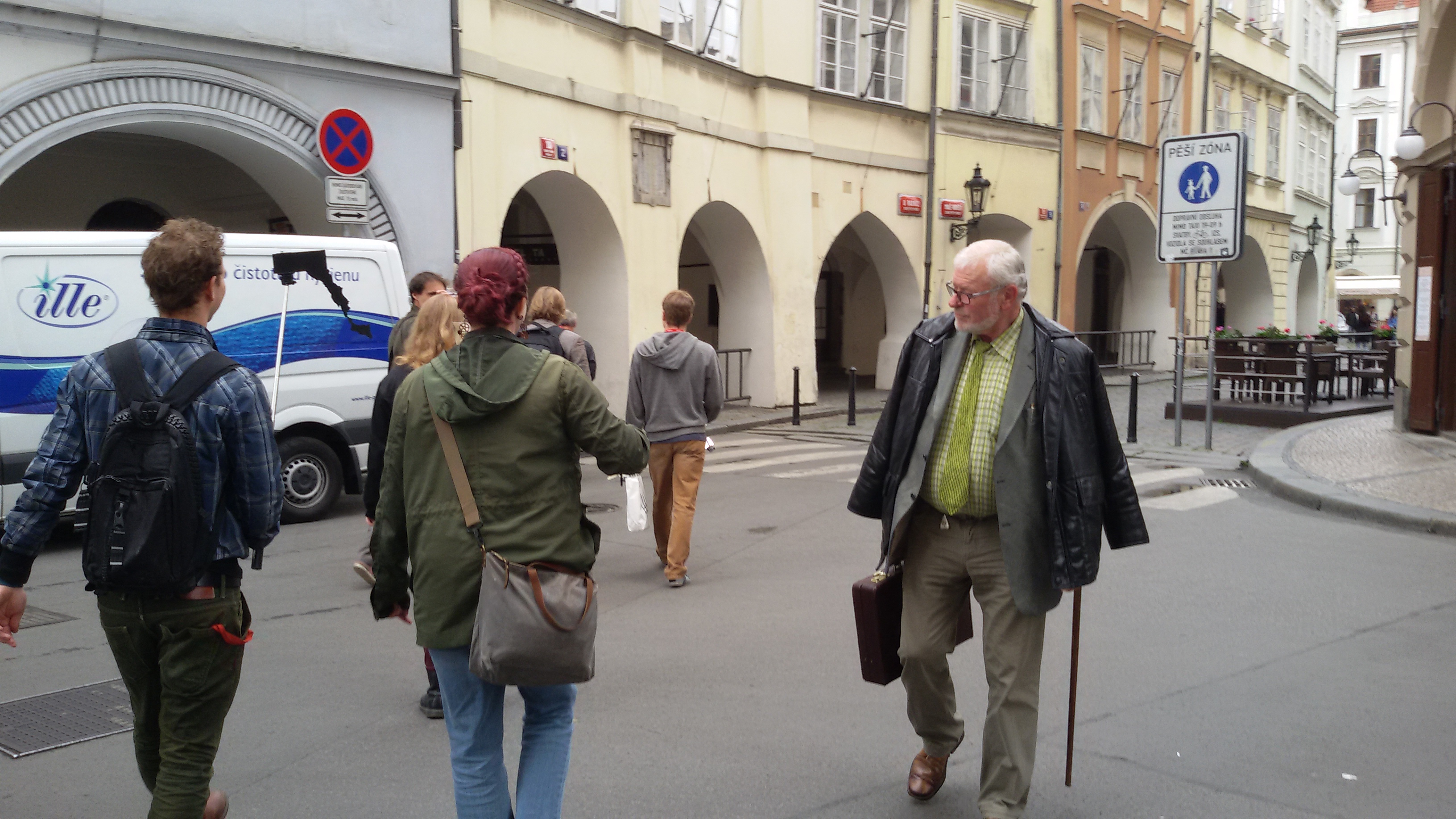 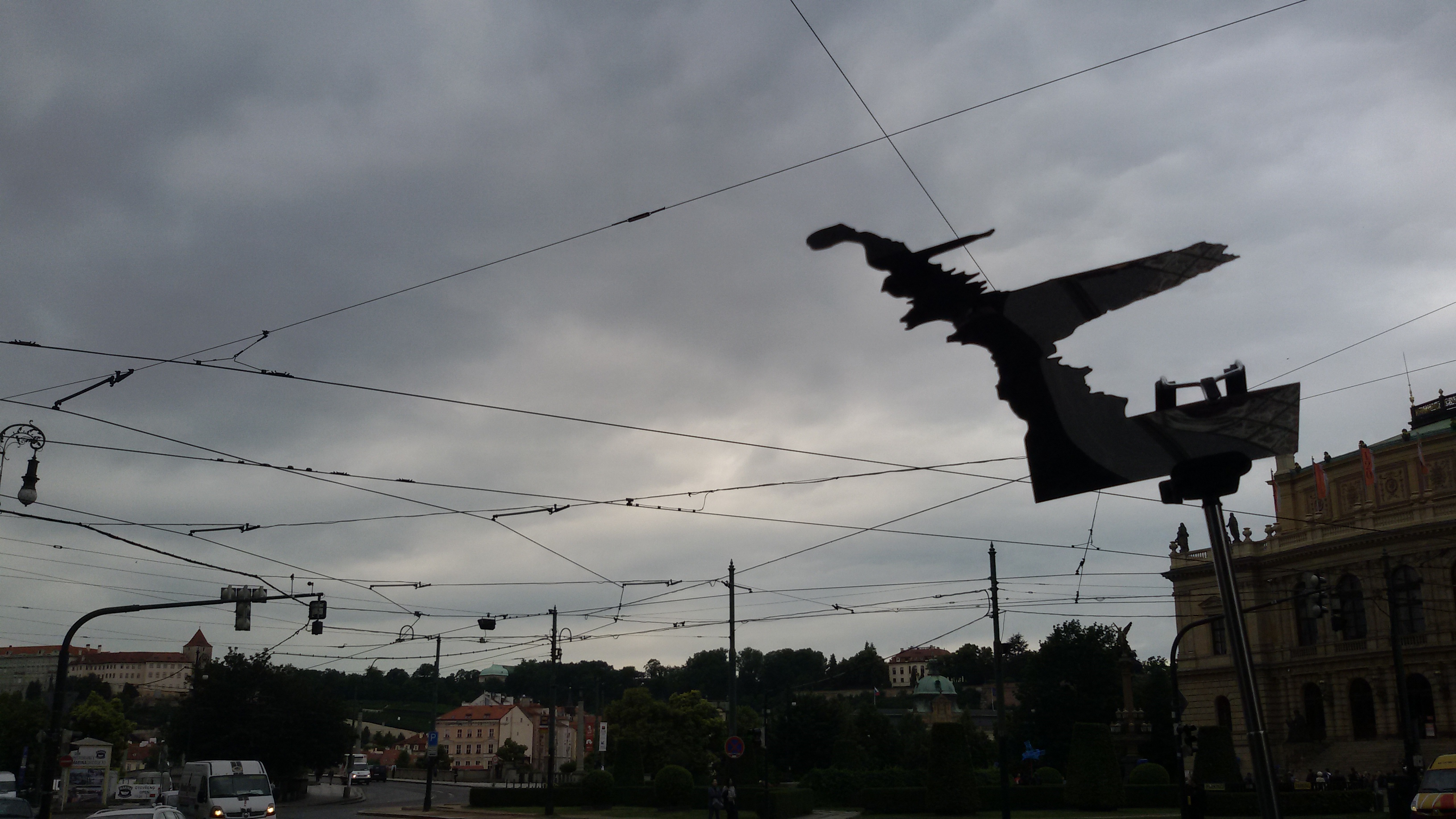 A small group of people are handed selfie sticks with strangely formed mirrors, shaped like puddles, attached to them. With the curiosity and astonishment of children, the different participants explore the possibilities of the mirrors, which offer them a new viewpoint of the city. The participants are advised to look at objects in the city which are related to water, such as pipes and drains, but they discover that the mirror gives a new perspective on all sorts of everyday objects, like cars, plants, and walls of buildings.

The participants don’t collaborate like a steady body of water, but leak out and start exploring on their own. They are more curious about the different reflections of the mirror than creating a performance with their bodies as a metaphor for the flow of water. But the mirrors naturally react like water does in the city; they reflect parts of the city and transport them to another place. The different parts of the city are reflected in the shape of the mirror, which creates another reality.

Tourists and locals pass by, observe the group curiously and sometimes make comments, but eventually their attention is diverted by the next strange event Prague has to offer. A group of children laughs and points at the mirrors.

The group of participants with their strange objects and those watching them contribute in a small way to the touristic space of the city, with its many cultural and commercial happenings. The reflections and the photographs change the perspective of the individual participants.

When all the participants’ photos are collected, will they perhaps create a new collective view of the city?