WHAT ARE YOU LOOKING AT #3 – INTERFACES 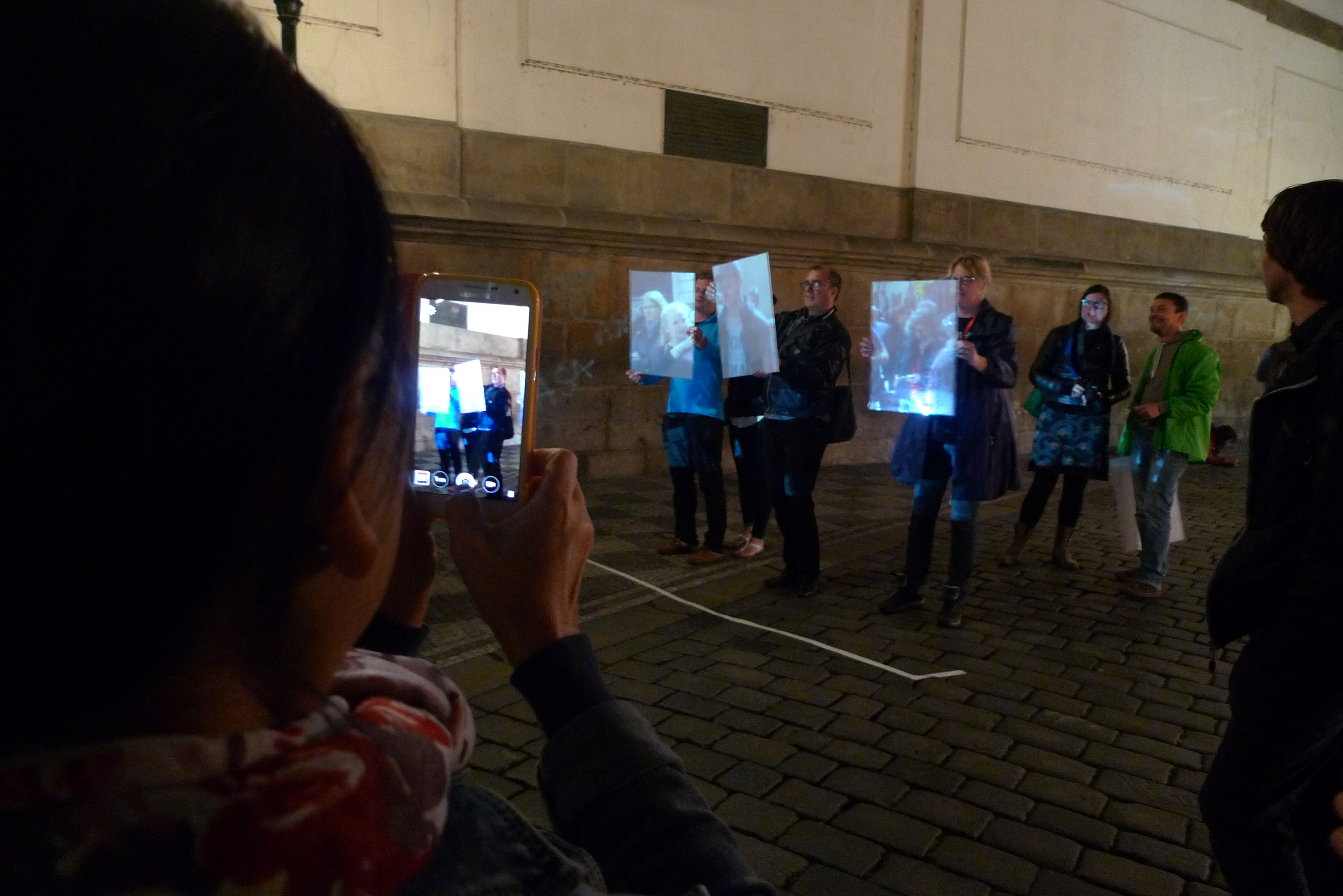 Photo: Capturing the scenes – participants in Katja Heitmann’s installation NOW ago: an attempt to capture the moment

The retina is of course the first projection surface mediating between images of our surroundings and our brain. It’s a bodily medium, a very complex but straight-forward interface. Technology has contributed more mediating surfaces.

The photo camera records places of interests. The Charles Bridge, Wenceslaus Square. Isn’t it nice what the Czechs built in the past?

The iPad, a very disturbing interface. Far too large and dumb to choose a suitable frame. Always in the way, but who am I to say? It’s nice to show off at home.

The phone on a selfie-stick. It distances the medium from the self. But we are in the picture. That’s me, and in the background, some kind of scene.

We have been in Prague. We have collected so many images.
But what have we actually been looking at?

Do you remember the tourist sights, the food, the people in the street?

Have you been paying attention?
Did you see how the homeless guy went for your pancake after you only ate half of it?

Did you see the young waitress kissing her boyfriend at the back door of the restaurant, did you experience life in the city?
No, I only saw the passing crowds, people massing in the streets. Walking like ants.
They were filmed, beamed up and captured on screens.

To capture means to dance. Which part of the image did you capture? Together we can make the image larger. Walking towards the projector to make the image clearer, walking backwards to capture the whole.

It’s nice to watch the dancers interacting with the screens. Entertaining passersby.