WHAT ARE YOU LOOKING AT #2: BEING SEEN 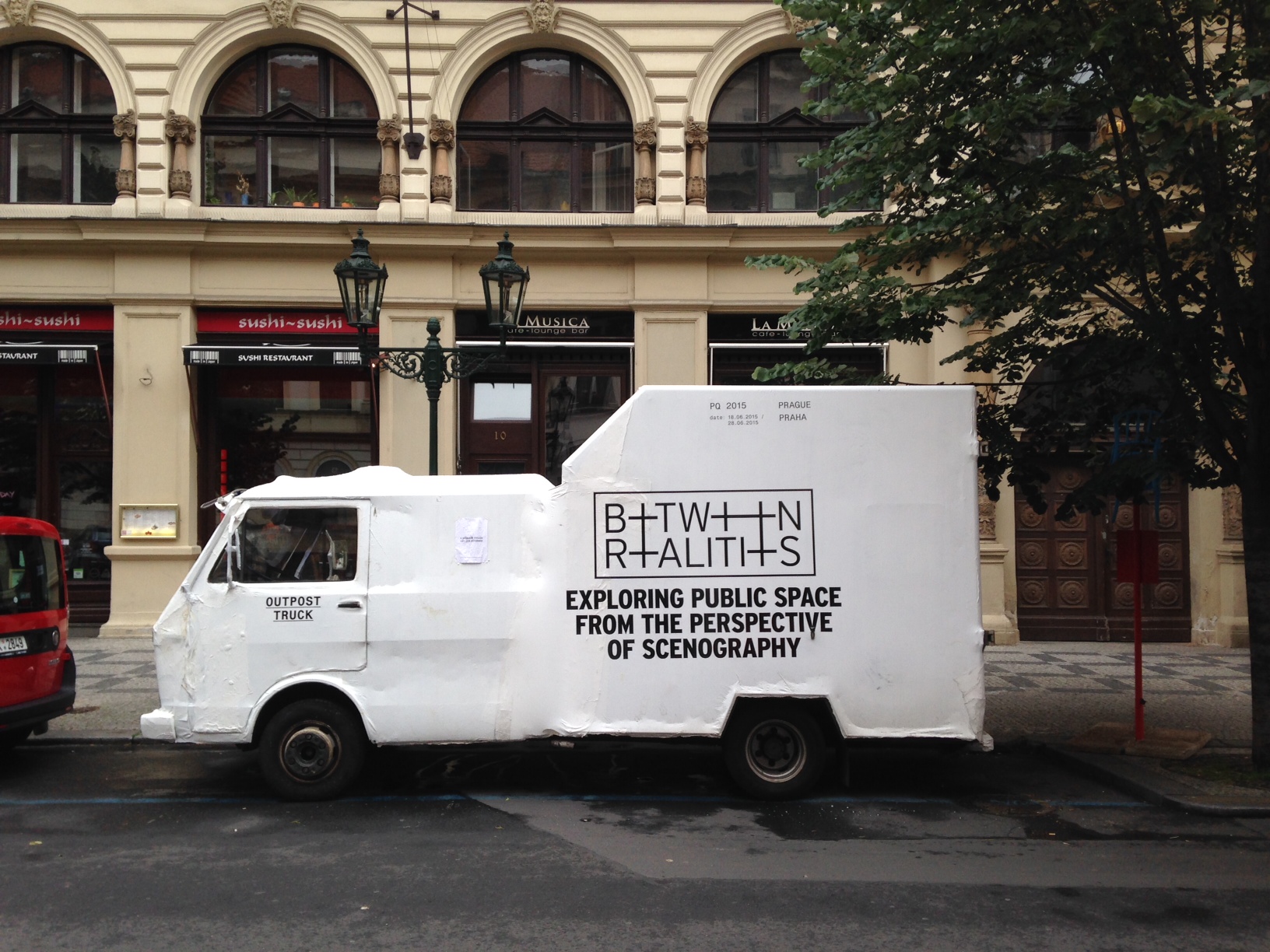 Outpost Truck, in the heart of the city. Will it be seen, will it be noticed? Or does it blend in with the city? It does look out of place, not shiny enough, the rear higher than the front, not aerodynamic enough, between the other cars, a Maserati, Skoda and an equally white Honda.

School girls walk by quickly, a hipster with dark Ray-Ban glasses, the smart clerk in his far too big suit. Who notices the bus as being part of their own reality? Who dares to read the text explaining how the truck ‘dismantles reality in order to create space for the in-between’? Certainly not the woman who passes the truck several times while talking on her phone to someone else.
It is common knowledge that objects, advertisements and other entities are only recognizable when they are known to the observer. If they are unknown, they remain unseen. How do these things become familiar and known to us, how do they get seen? Where does it start?
The boy with his three-quarter trousers does see the truck. He hesitates, walks back, stands still, what does it mean, this truck? Does he recognize it as part of the Dutch entry to the PQ? Or does he see it as an alienated vehicle in an  urban environment? Does it trigger images of a mountain roadtrip?
Anyway, he does actually notice it, like the other people with red ribbons around their necks, signifying they are participants of the PQ.