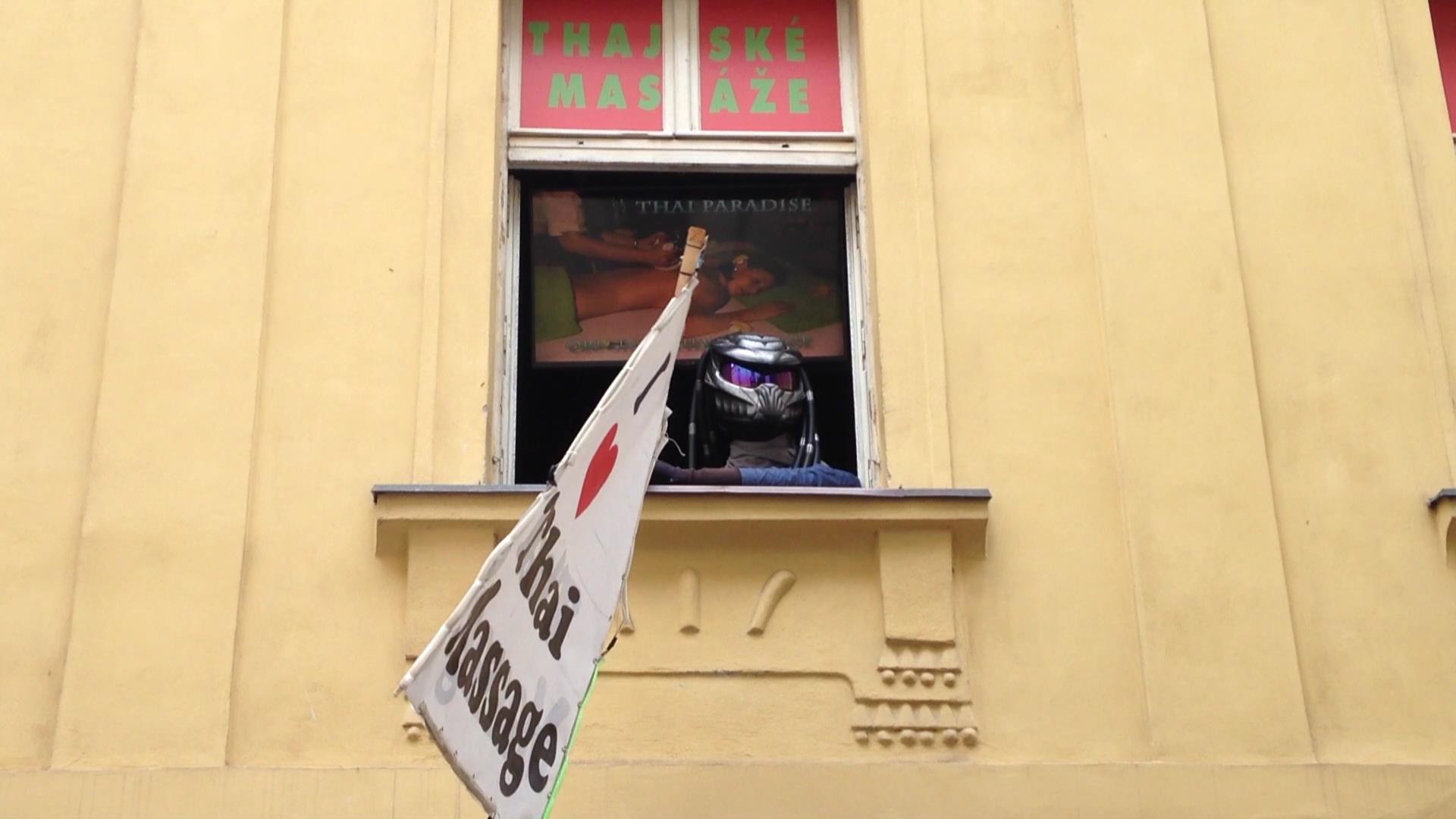 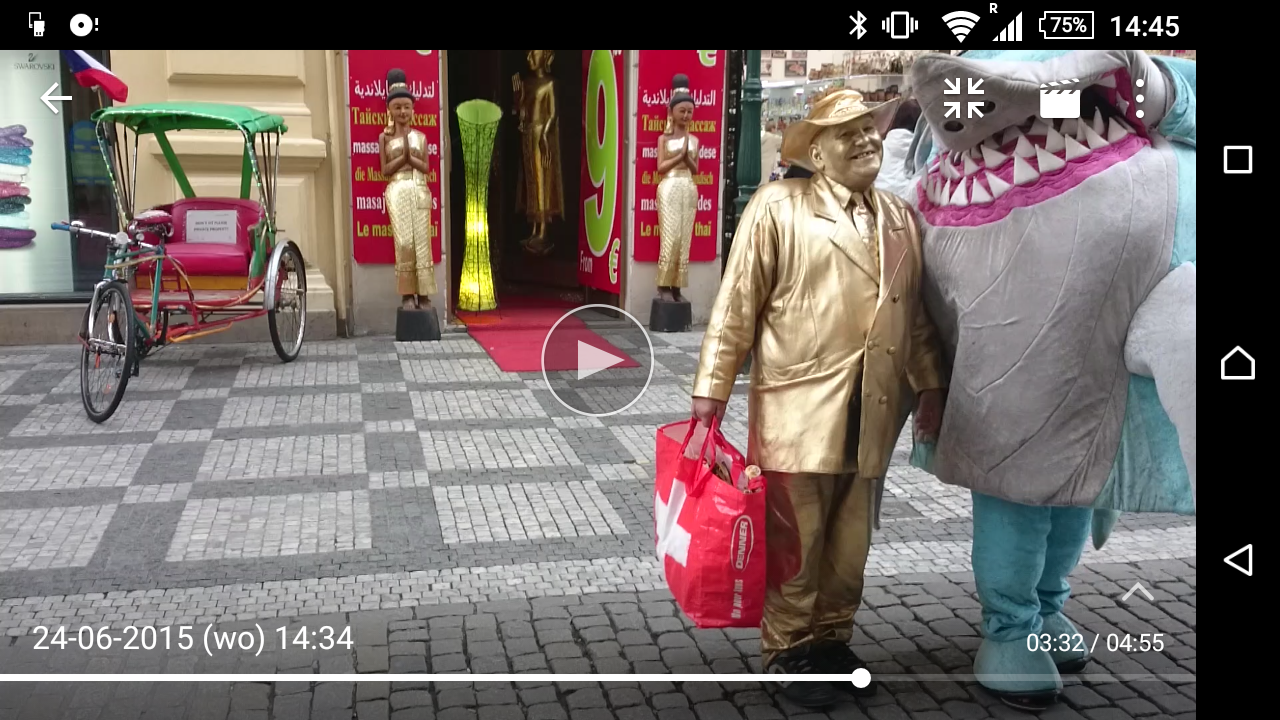 Yesterday I met Sander on the street near the Charles Bridge. He was on a small bicycle and was carrying a lot of stuff: a beamer, something large in an envelop and a backpack that looked heavy. He was going to meet his partner Katja Heitmann, with whom he is colloborating on a project in the streets of Prague 1.
During the day time Katja and Sander shoot film footage which they project at night. The audience is given big, white framed sheets of paper which serve to reflect some of the projected video material.

Anyway, I hadn’t seen the performance but helped Sander to carry the stuff to Katja, who was working in a cafe nearby. When I came in Katja immediately showed me some video footage on her smartphone. It was a video of a guy in a shark suit. Uhh? What’s that? I asked. See screenshot.

It turned out that there are 6 people dressed in shark suits in Prague 1. According to Katja their job is to get people to visit the Thai massage parlours. Katja told me she talked to a guy wearing a shark suit and that he was quite flattered by all the attention he received. (She shot material of the shark man on video and showed him). For her project she filmed all 6 sharks and the Thai massage parlour that had a moving robot flag attached to its facade (see photo).

On the street, alone again, I went to see the shark guy. He’d just changed out of  his suit. I guess his age to be around 25. ‘Why are you doing this work?’ I asked. ‘To earn money’, he said – ‘they pay me 2 euro 30 cents an hour and I work here 10 hours a day, but I also have another job cleaning the streets. I have a wife and kids. Orginally I come from Tunesia, but there is no other work for us.’

‘And what do sharks have to do with Thai massage?’ Well that’s not clear but near the old church is a statue of a mermaid – that could be the connection. There are 4 main streets in Prague where all forms of advertising are forbidden. By using these shark suits shops can still draw customers.

‘So, do you like your work? What are your experiences here?’
‘It’s good to be in this smelly heavy suit. People react happily and cannot see that I am from north Africa. Prague one is good for us.’

An account of the performance NOW ago – an attempt to capture the moment by Katja Heitman.