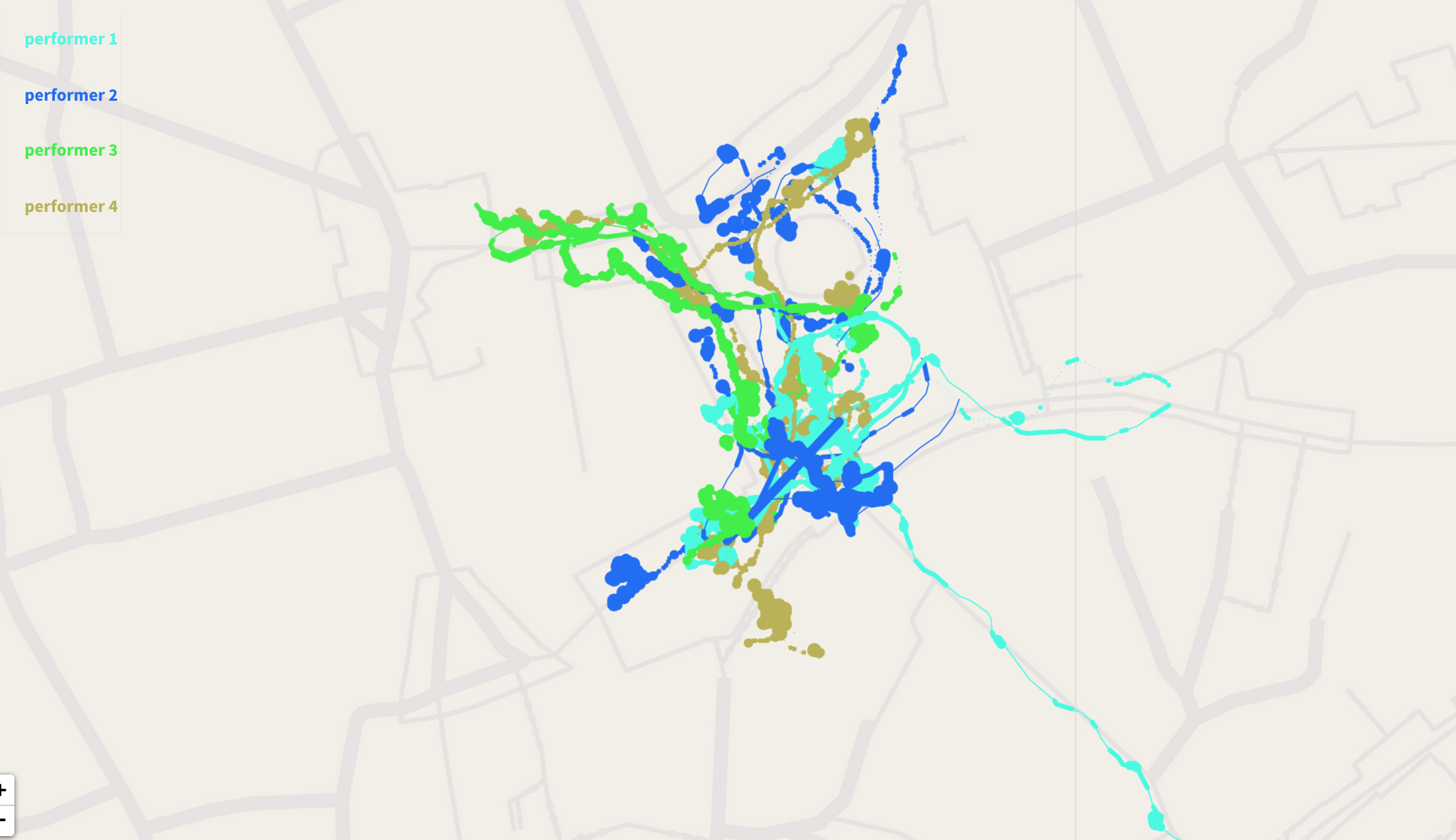 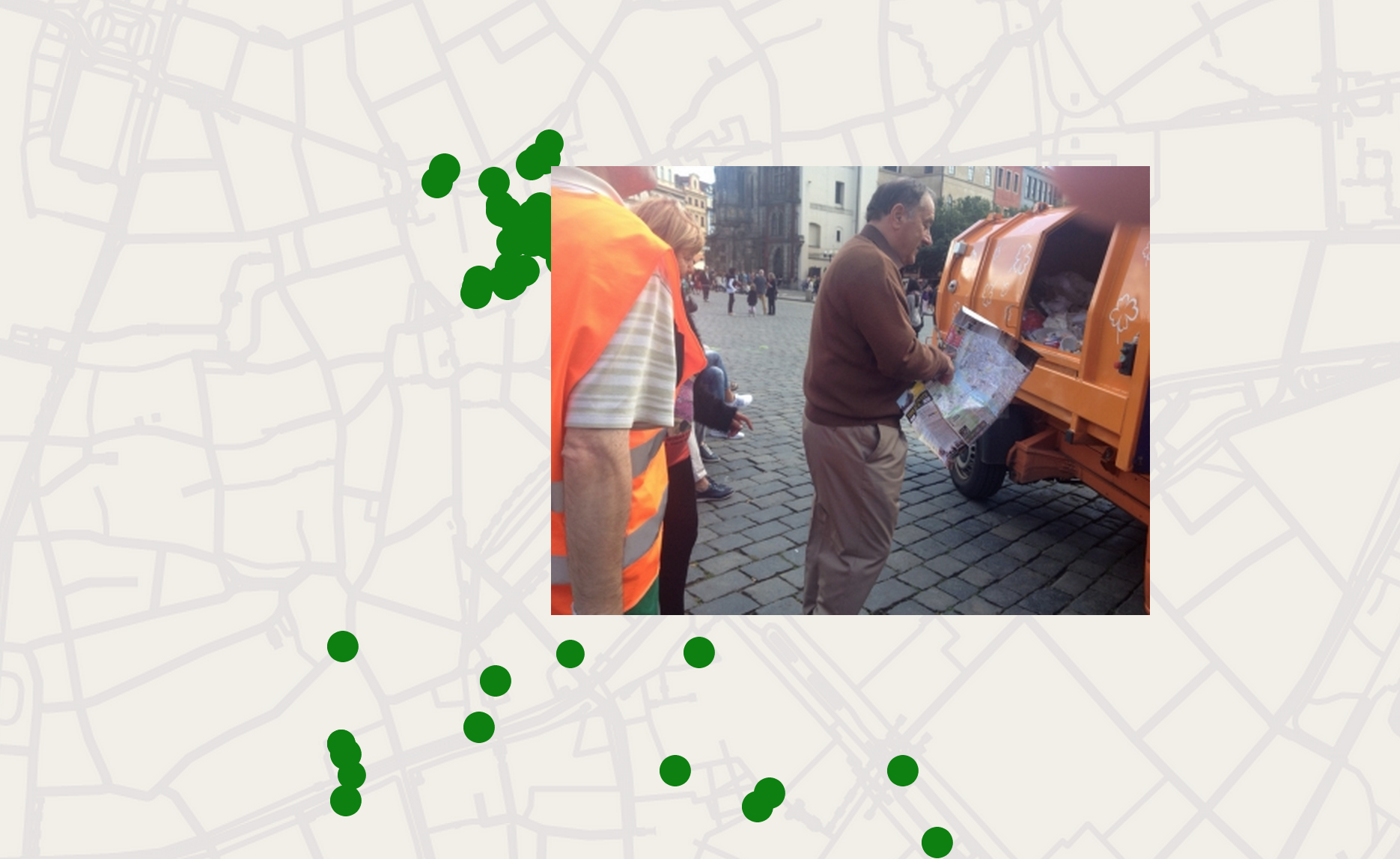 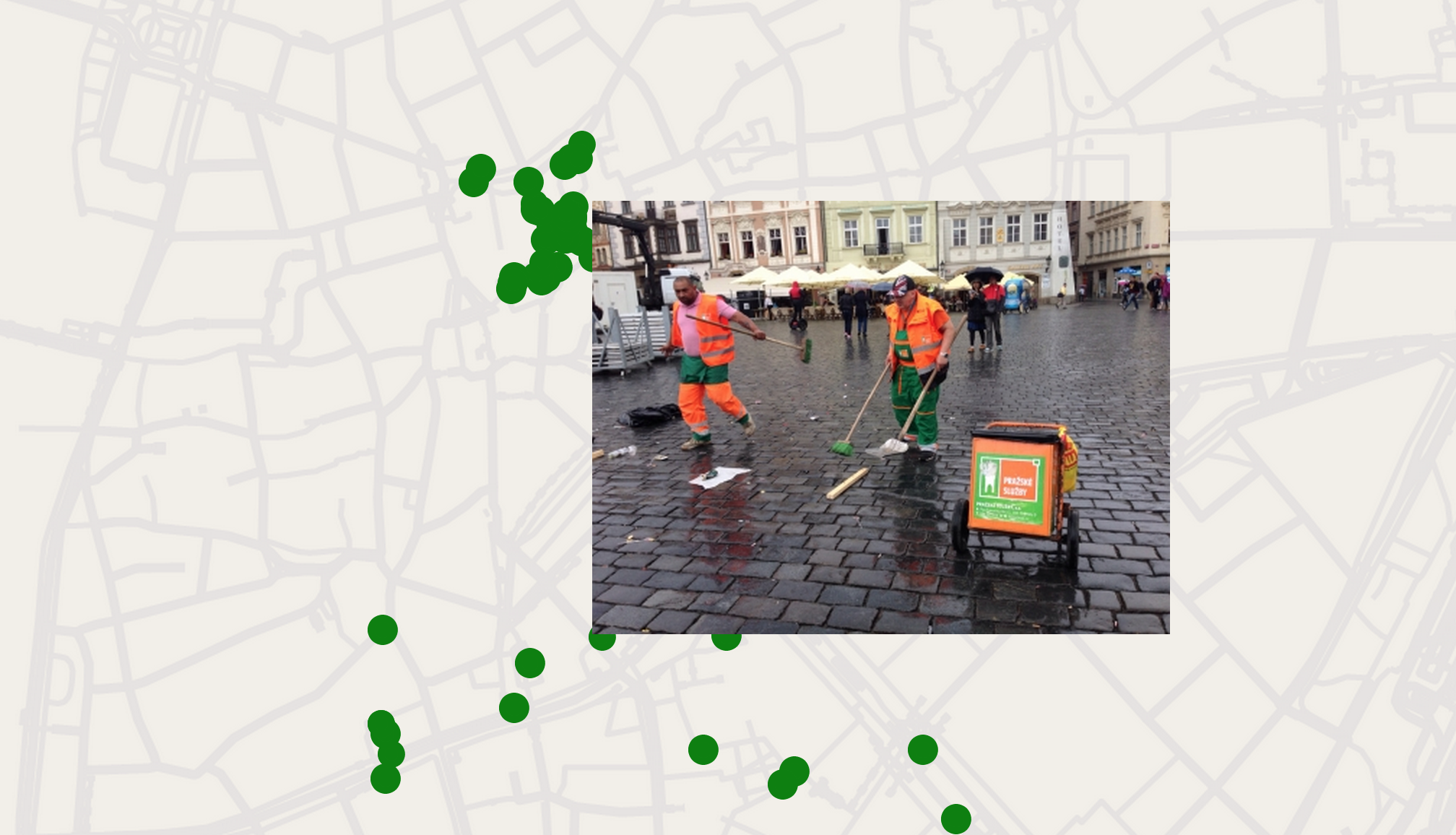 Public space can be observed as a stage and mapping the performances of everyday life can give rich insights in its use. Several times a week I organise mapping sessions in which I aim to collectively map the dynamic use of the public spaces of Prague 1. Participants are asked to use an application for a mobile phone that is designed for this purpose.

The app has a map legend tool with several categories. Each category/brush represents a performer in public space. The group decides collectively which performers in the space it finds interesting to map. Yesterday we mapped the old town square and decided to map officials, council workers, tourist guides (with umbrellas) and adolescents.

The cartographic exploration consists of following these public performers one by one. That is, walking behind the person as closely as possible. So doing each participant – cartographer – is able to track that person on the digital map; a map that is collectively constructed over time. The longer the cartographer stands still, the thicker the line on the map becomes, allowing the more dynamic aspect of velocity and time to be mapped, but also giving insight in which public performer is most dominant in the square and their radius of action. While following a certain subject, the cartographer is also able acquire a picture of momentary areas of tension; where different realities meet/conflict/ juxtapose.

This cartographic exploration results in two kinds of maps; a map of the public performers in a square and a map consisting of pictures that demonstrate where some kind of tension between different realities takes place. This very direct form of mapping is done in a variety of public spaces and with a number of participants. It will explore the potential of this method; the mobile phone as ethnographic mapping device that allows the researcher to follow in a subject’s footsteps (and adjust his/her pace accordingly) without feeling he/she is invading someone’s space.

On the other hand it will explore the performative aspects of this mapping. The act of following other people collectively in a confined public space might transform that space into a temporary stage and turn the cartographers into performers. Understanding public space as a stage and the question who ‘the public’ or ‘performer’ is, are explored and discussed. When undertaken collectively in a public square, participants might also gain a feeling of belonging or freedom that encourages them to cross boundaries that they would not cross on their own.