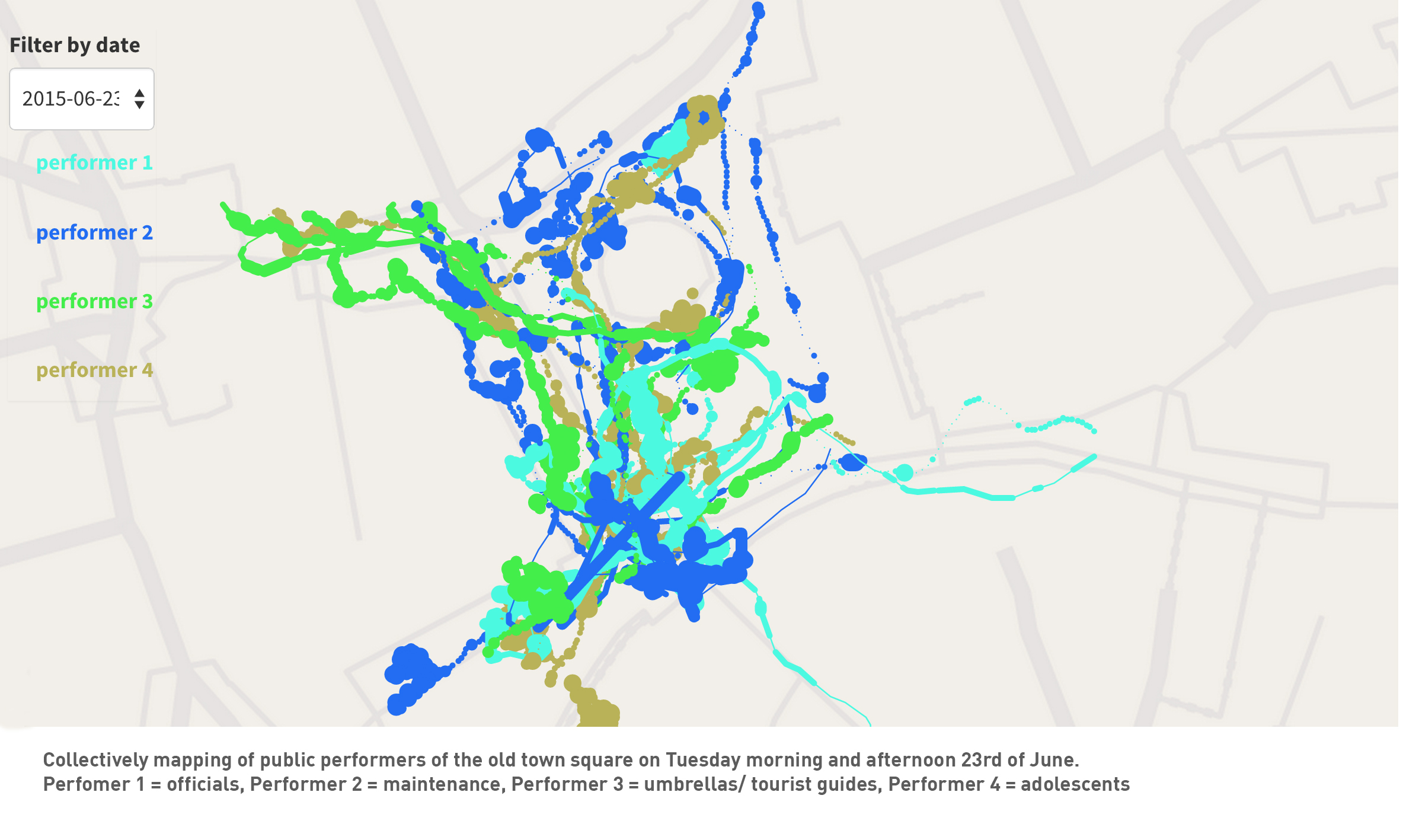 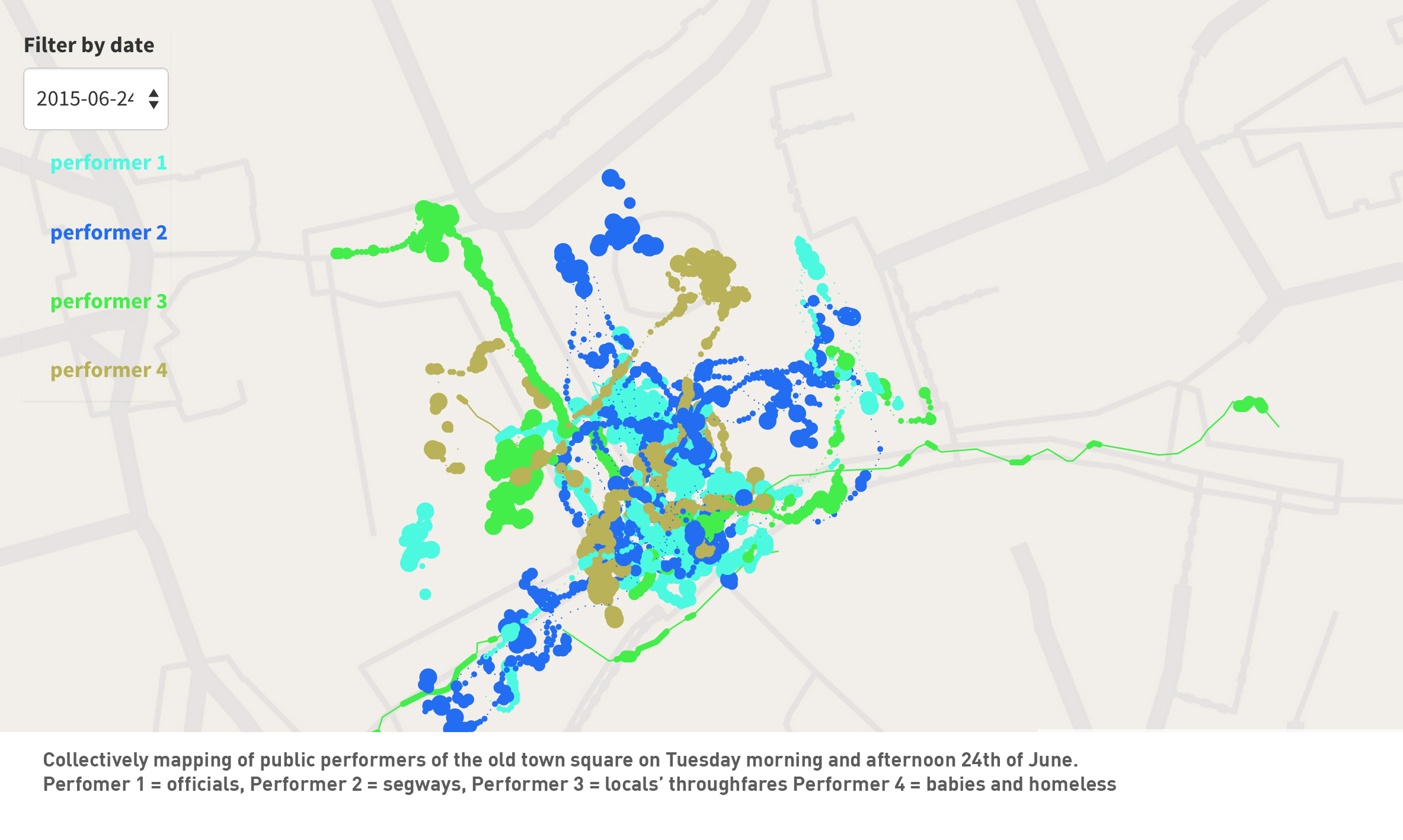 On three consecutive days I organise mapping sessions at different times of the day. My aim is to collectively map the dynamic use and public activity in the old town square. Participants are asked to use an application for a mobile phone that is designed for this purpose. The app contains a map legend tool with several brushes. Each brush represents a performer in public space. Before this cartographic exploration commences, we decide collectively which members of the public we intend to follow and map in a certain square or street. A cartographer walks behind a particular person as closely as possible so that the person’s route can be traced on a digital map, a map that is collectively constructed over time. The longer the cartographer stands still, the thicker the line on the map becomes, allowing the more dynamic aspect of velocity and time to be mapped. In the meantime the cartographer also takes  pictures of moments in time or areas of tension (where different realities meet/conflict/ juxtapose).

I want to explore the potential of this method (a very direct way of mapping) whereby the mobile phone is used as an ethnographic mapping device, allowing the researcher to approach his/her subject very closely without feeling he/she has invaded the other person’s space. On the other hand, does this method actually explore the performative (or even theatrical) aspects of this embodied way of mapping. The cartographers act together in their own performance when they  follow people and take pictures (by different cartographers simultaneously) in a confined public space. We will explore and discuss the issue of understanding public space as a stage and pose the question: who is ‘the public’?