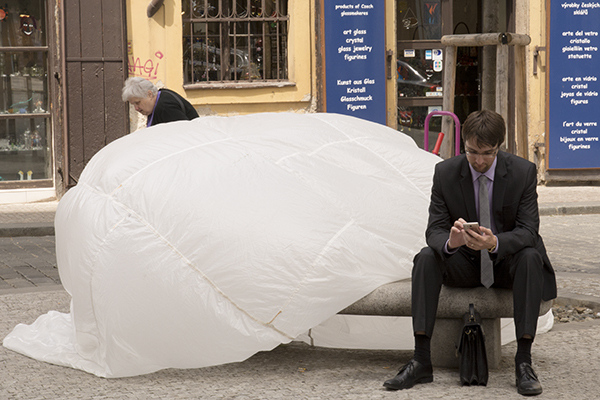 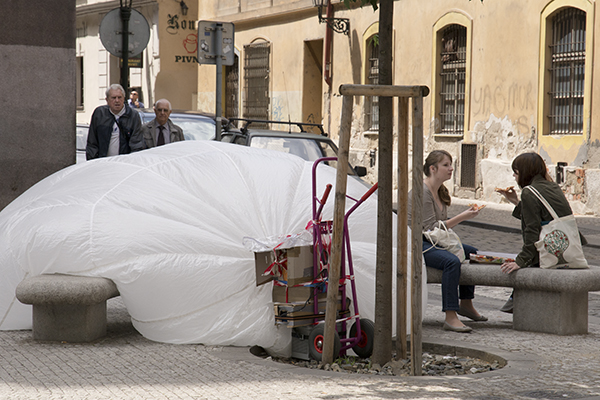 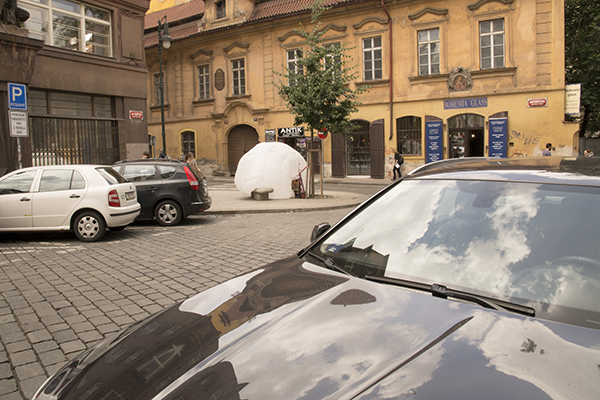 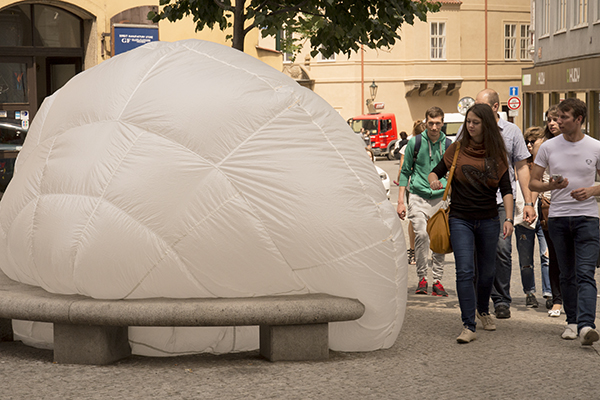 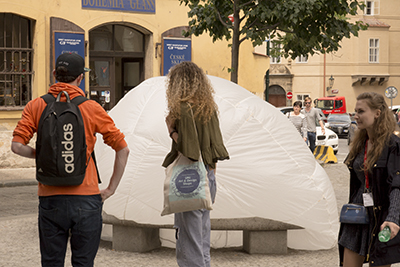 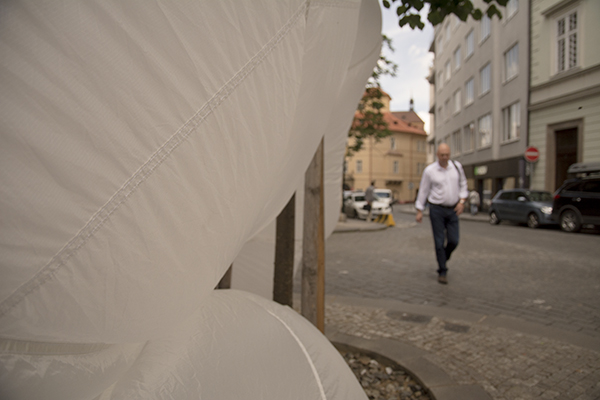 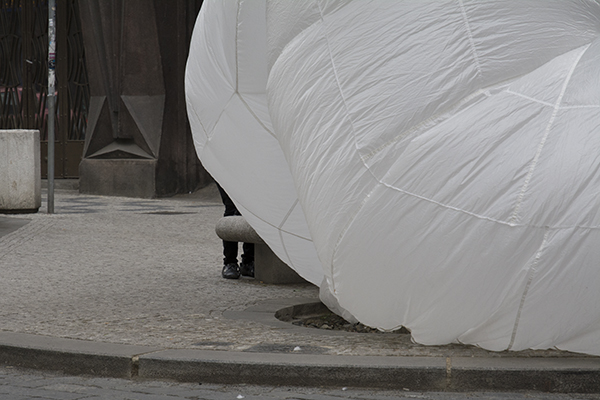 Standing at Eva Visser’s intervention at Jilska. A white balloon, made of parachute material, floating around in the wind, kept on the ground by its anchor, a tree and a bench. It moves around the tree, over the bench. A soft element in a stony city, making the movement of air visible. Dancing around.

It’s tangible, people are not afraid to approach it, or they are not distracted from their daily routine of stopping at the bench for a rest, to eat a pizza or smoke a cigarette. It is not disturbing, not disruptive. It is like a beautiful soft pillow.
A man in a suit passes the bench and stops to sit down. He knows we are looking at him. When the cloud billows up and envelops him, he has to move. He tells me:

‘I was just waiting for my next appointment, which starts in ten minutes. I wanted to sit down and it looked like a harmless art project. People in Prague are used to projects in public space, they are used to touristic attractions. So I don’t mind sitting down here next to this.’