DO NOT LIE DOWN ON THE ARTWORK! 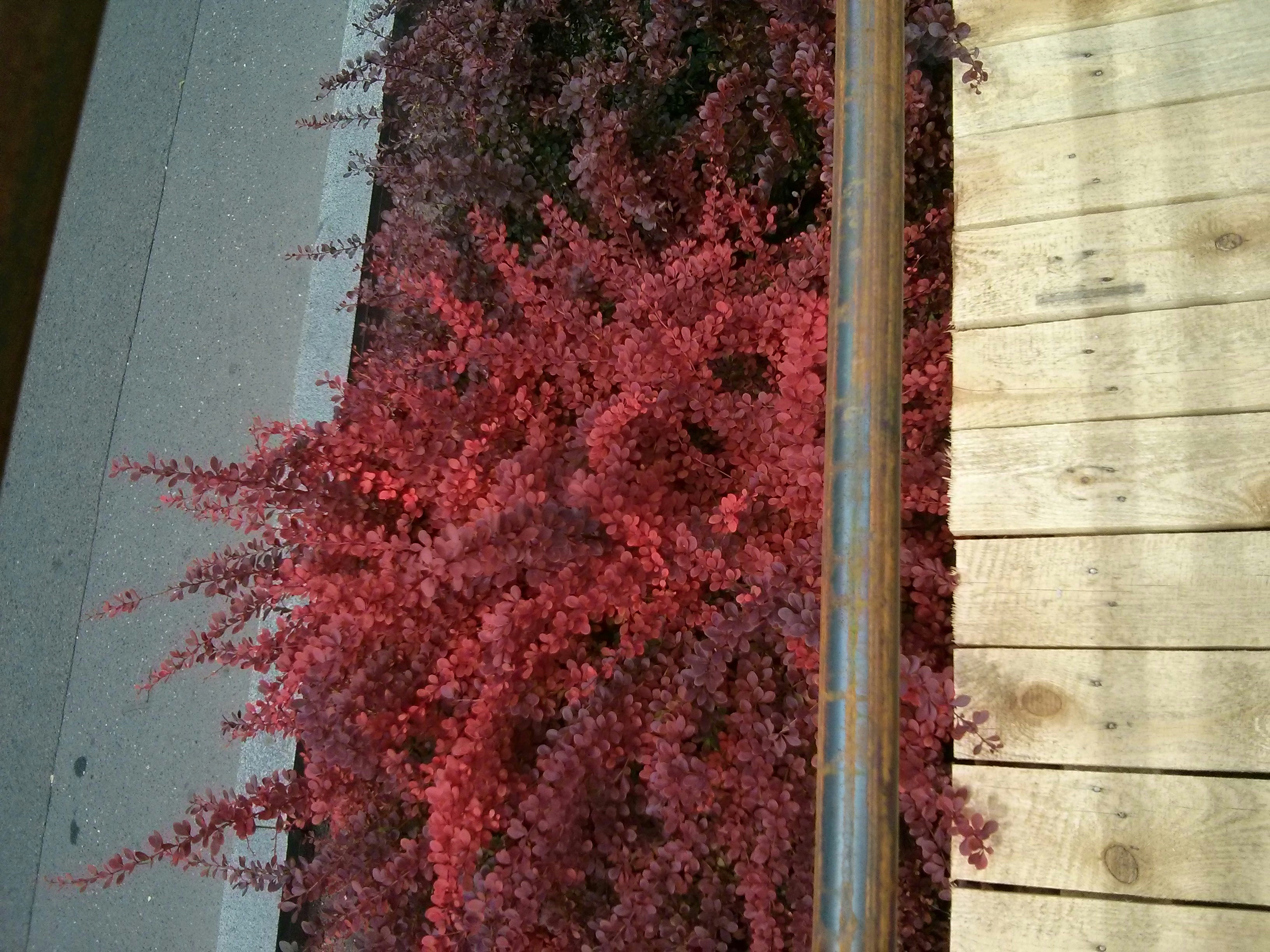 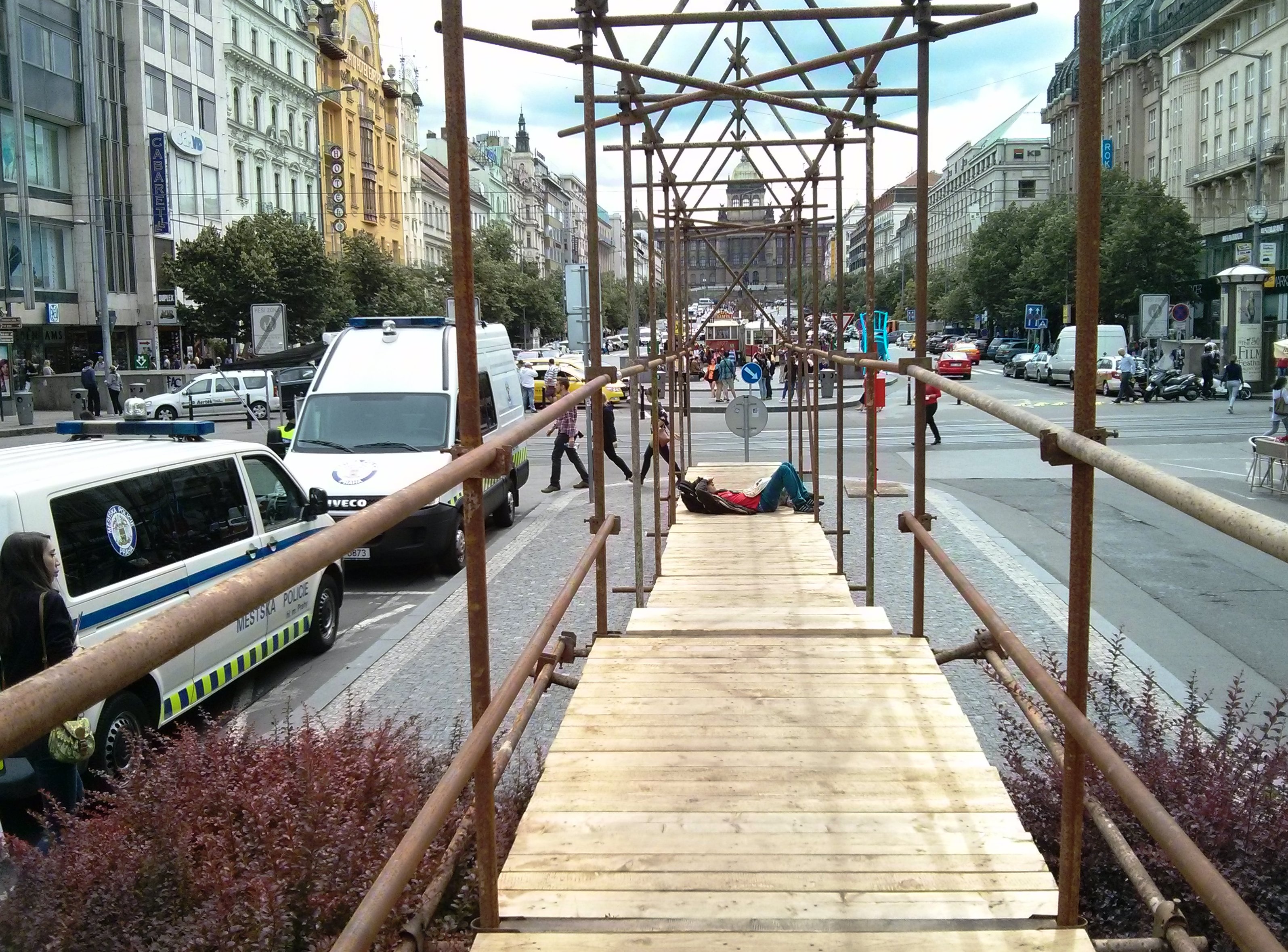 Switzerland’s public space installation ‘Wenceslas Line’ by Markus Luescher is a catwalk made of scaffolding erected in the middle of a commercial shopping street.

It’s location and elevated position gives it a monumental appeal. Maybe that’s why the public hardly put it use. People mainly just sit on the catwalk but rarely walk through it. Could it be that people are hesitant to take advantage of the installation because the parked police cars seem to be guarding it?

Someone was lying down on the catwalk and a policeman came and asked him to sit up because people wanted to walk there. The man couldn’t speak Czech, so he replied in English. He was calm, but the policeman got impatient and pretended he was he was going to step on him. That amused the ‘vandal’, but finally he sat up straight.
Another person said he didn’t think the catwalk was ‘art’ and doesn’t understand what it’s for. He says he doesn’t like it and thinks it’s ‘close to awful’.