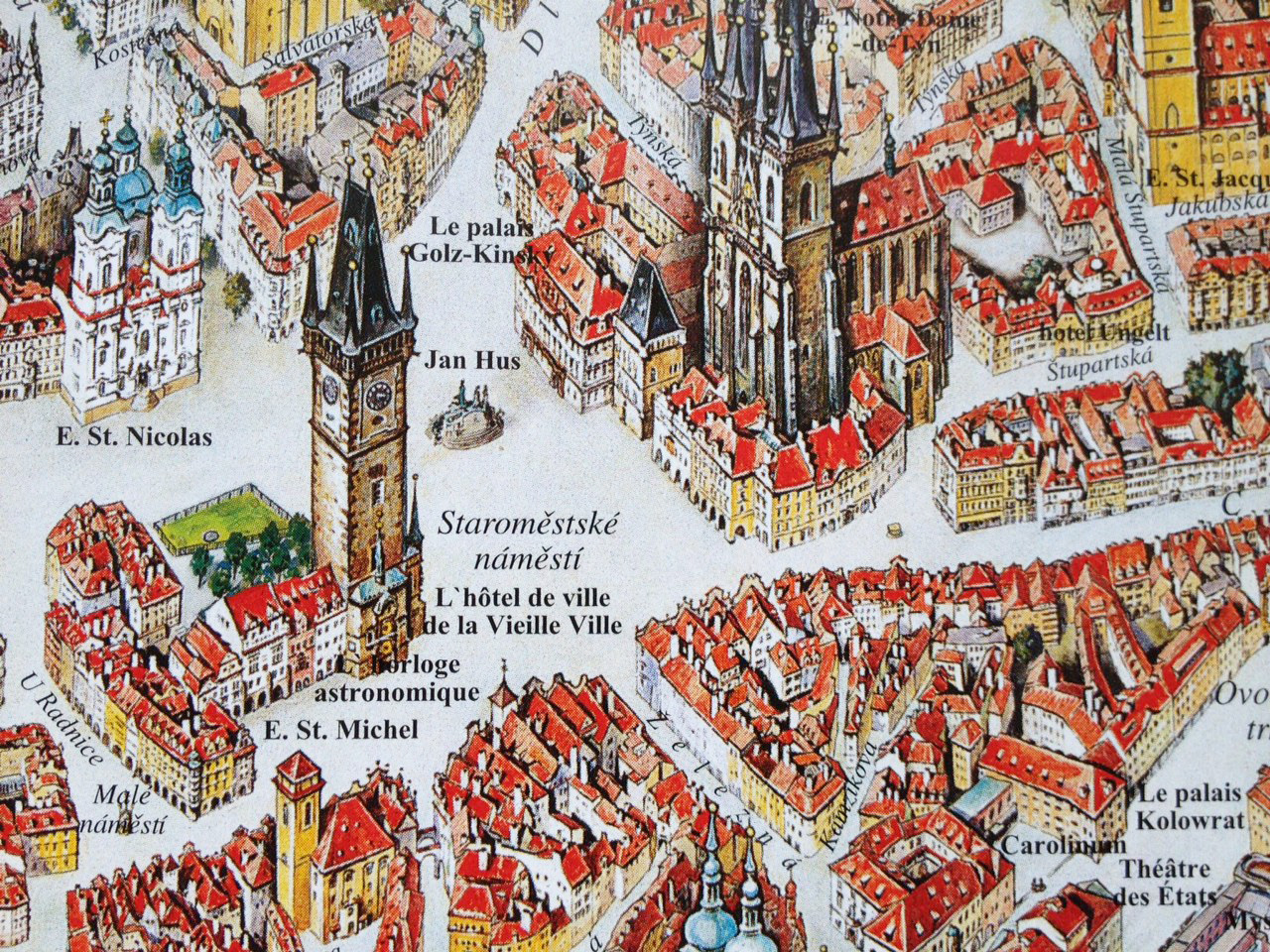 One of my objectives in Prague was to draw a map that focused on places of staged authenticity in the city, based on plans of theme parks. But when I entered the hotel breakfast room on the first morning after my arrival, a curator of the Between Realities project handed me a map of Prague that was undoubtedly modeled on a theme park map. It was the map I had imagined: drawn with great attention to detail and with exploded views of famous buildings. While it prevented me from pursuing my plan, it actually helped me enormously in my exploration of Prague during the following days.

When I walked around the city shortly after breakfast, I came across a dummy sitting in an airline seat, placed in front of a building. A sign on the building said:

It took me a while to understand what was going on. And then it hit me: this attraction offered the visitor the chance to experience Prague virtually… in Prague. Why on earth would someone want to do that? Why was virtual reality better than actual reality?

I didn’t enter FlyPrague. But after a few days of looking at the hand-drawn, bird’s eye view map, I sort of had the same experience. When I stared at the map, I experienced Prague from the sky. With a difference: I hadn’t left the real world and entered a virtual one, I was still standing on the actual streets of Prague, aware of the sounds, smells and other sensations of the city. And I was pretty sure I preferred this experience to that of a digital one.