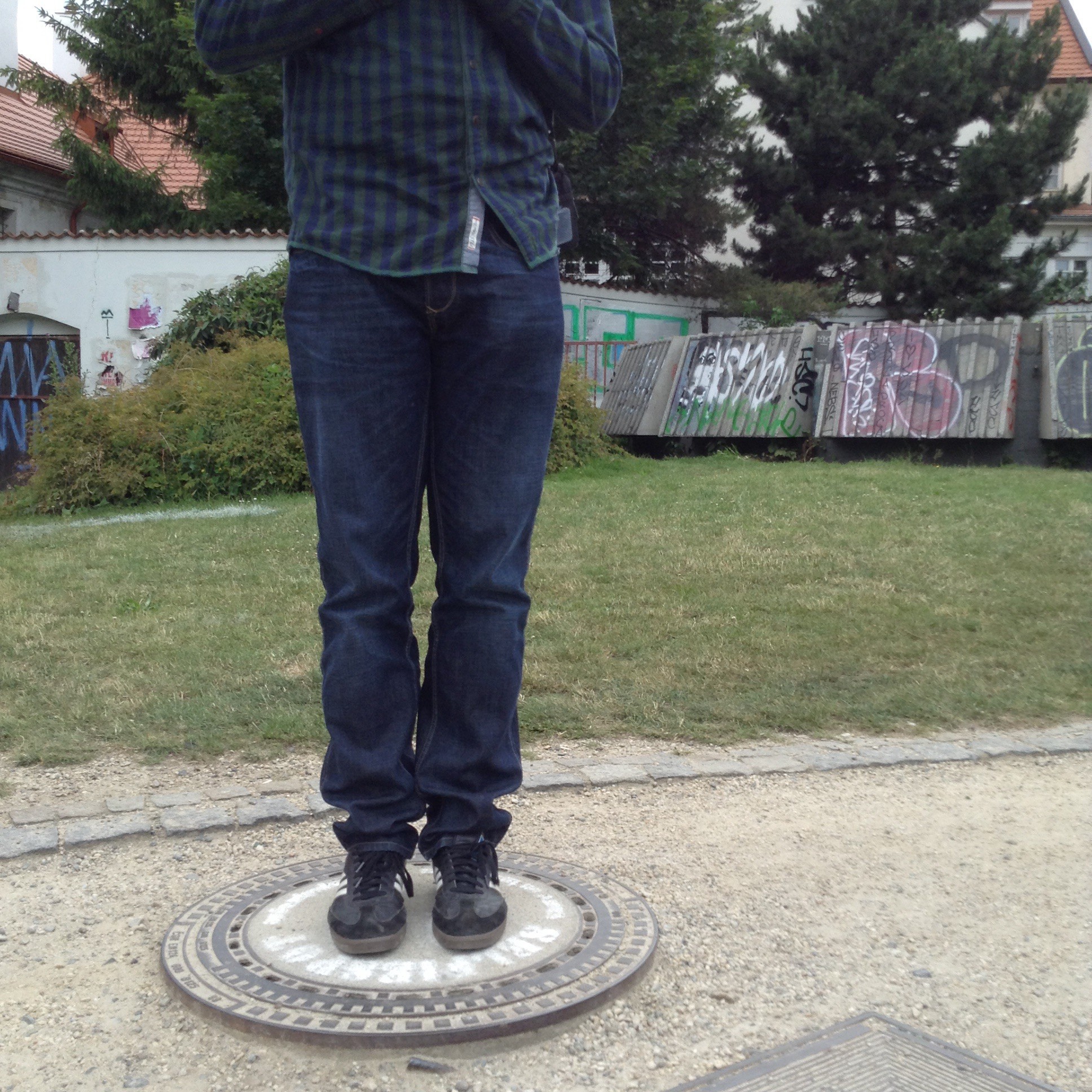 Today I will observe two selfie spots for an hour to find out more about how this all works. I have no idea what happens if people see the spot, ignore the spot, use the spot, etc. Of course, many people will pass by without looking, in the same way as they ignore the scenery at these locations, but maybe not… It’s so good to have the opportunity to find out about these things. My focus is mainly on the physical – or maybe I should say analogue – part of the project. Later I hope to find the necessary time and patience to dive deeper into the virtual part. This can develop into a wonderful platform where people can post their favourite selfie spots from their own individual routes, sharing them with others, print and cut out the stencil and place their tags, or just follow the route proposed by me. Different routes with different content, many possibilities…

But for now I will focus on the effects in real time, observing people in connection with my selfie spots.

Okay. So most people don’t seem to notice. Many people actually do notice because they step over the selfie spot instead of on it, but they don’t really see it. Some do notice and read it as they pass, a few check their stride to look. Thus far nobody has said anything about it. Because people just take it for granted? It’s there. That’s it. But hey, only 10 minutes on spot nr 7, what did you expect? Patience, my friend…
Yes!! It took another 20 minutes, but then two German tourists stopped and then took the first step. First the girl, then she asked her boyfriend to do the same and stand on the footprints. When I approached them they looked at me as if I was from candid camera but when I explained, they were very friendly enough.

Three student PQ participants from Korea did the selfie ritual on my spot. This led to a very nice conversation during which I explained my project. I’m very curious if they follow the route to arrive at another spot…

The spot close to the metro station has a much bigger audience. It’s very clear that large groups, people in a hurry and blind people don’t pay attention.
But young people, children, people who are strolling through the city – they notice.
So it does have a certain effect, although people don’t automatically take selfies. Maybe they choose their own selfie spots more carefully then I expected? Or they don’t get the idea because no one is doing it? Apparently, the spot itself doesn’t prompt you to grab your selfie stick and take a picture. So people have to be involved more in the project. Having a map that contains all the locations may act as an incentive. So they’ll visit the spots by choice and not by coincidence? Interesting to think about this.
People with a map make an extra effort, that’s for sure. And understand more.

Having people pose against a fixed background gives a new and different meaning to that particular venue. It has now become a viewpoint, regardless of what there is to see.
As long as the selfie spots are visible, a frame exists. When rain and footsteps eventually erase them, they merge with the city of Prague again.

Evaluation on layers in meaning.

The effects caused by the spots I witnessed today are the first layer. Primary reaction to two foot prints. They generate a lot of fun, people play with them. It makes the project very open. A few people wondered what it was all about. For the project to gain deeper meaning, the audience needs more perspective. The addition of a theme, an app with an explaination, guidelines or a flyer would improve the project. Not a literal explanation but to make it clear that the project tries to reveal the automatic processes of mass-tourism and the public at large and aims to opens up a different reality in the city. This project with a set framework, also allows the audience to reflect on the viewpoints I chose and the resultant artworks. So, in order to create deeper meaning they need more info, especially since the spots cannot be viewed all at the same time – unlike a single statue – and people are not aware that  the project embraces the whole city.
I’m convinced that people are enthusiastic and eager to reflect on the selfie spot project. In conversations I had, people really opened up to the reality of a backstage Prague; about looking at public space in a broader context. So I need to work on that and develop the project towards situating it in another city with it’s own particular problems, weird habits, annoying situations, wonderful energy, crazy people, boring shopping malls, mind-blowing performances…

This evening I said goodbye to Prague 1, and walked to Prague 8. My first thought was: ‘Ah, here is Prague…’ Beautiful, a few people, a relaxed atmosphere. A different reality so easy to discover, yet so unseen. Not backstage, just a city. A great city.
Thank you Prague for having me!