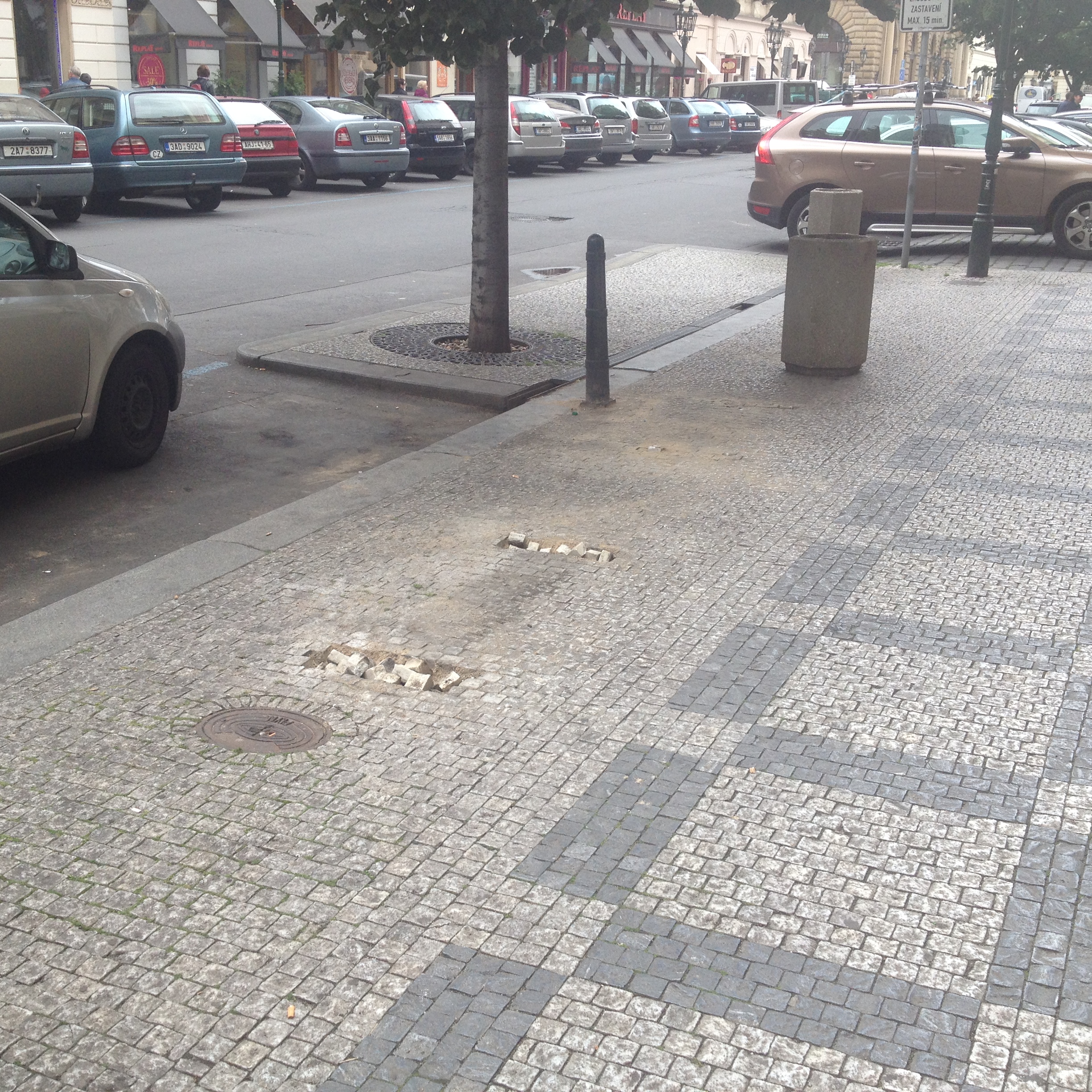 The interior of the street changed overnight
Next to the outpost truck and in front of the
supermarket there were two benches.
An interior or city setting
that allows you to sit, to rest, to stay, to dwell,… etc.
They were often used by a group of vagabonds.
But also by our Dutch exhibition team; a group of young men in suits.
Yesterday we realized that overnight the benches
had been taken away, the stones of the pavement broken at the four
spots where the legs stood.
The municipality apparently decided one should
not be able to sit, or rest, or stay, or dwell.
The street apparently can’t be organized as a space
to be in, but only to move through, to pass.
No sitting allowed, but also no laying down for that matter,
as we would later see with Julian Hetzel’s intervention Sculpting Fear – Obstacle.
The body should be upright and in motion it seems.
The municipality opposes any other possibility or posture
by adapting the street’s set design.
The vagabonds fled into the foyer of the supermarket
Out of view.